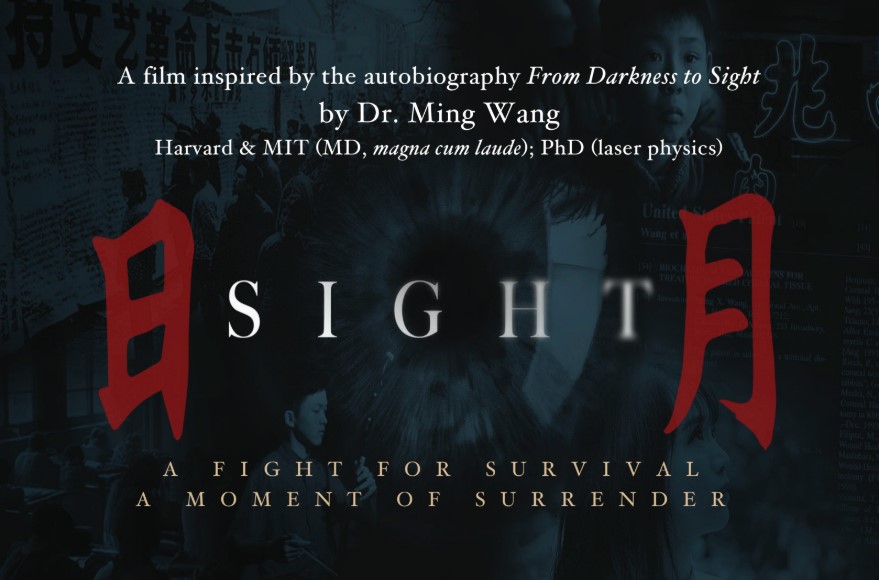 To order the autobiography, click here. All proceeds are donated to the Wang Foundation for Sight Restoration (www.wangfoundation.com), a 501c(3) non-profit that has helped patients from over 40 states in the U.S. and 55 countries, with all sight restoration surgeries performed free-of-charge.

Sight tells the dramatic, epic, emotional story of a Chinese-American doctor who, traumatized as a child during China’s Cultural Revolution, learned to survive by working obsessively and attempting to control every aspect of his life. However, he faced a tragedy which caused his whole world to fall apart, despite his best efforts, so he felt utterly lost and out of options. It was at that point that he finally let go of control and recognized that he was not alone, but simply needed to ask a power beyond himself for help and grace. Doing this ultimately led to healing, peace and true happiness.

The movie spans and transcends a WIDE RANGE of human experiences:

-  in space (from around the globe, China to America)

-  in cultures (from the East to the West)

-  in societies (from communism to a free, capitalistic society)

-  in languages (from Chinese to English)

Theme 1: We need to work hard and do our very best to overcome difficulties and adversities in life. The world is what we make of it.

Themes 2/3: When the challenges in our lives become so great that they seem to exceed our capabilities to overcome them—which is experienced in situations where the more effort we put into a situation, the worse it gets—we need to recognize that we as human beings have limitations, but we are not alone and we should seek a power beyond ourselves for help and grace.

- Mao’s Last Dancer seen through the lens of an eye surgeon.

- Joy Luck Club based on the life of a doctor.

The film will feature an Asian and American cast, which will be a rare phenomenon in the history of the American mainstream film industry.