A vision for finding common ground in a polarized world 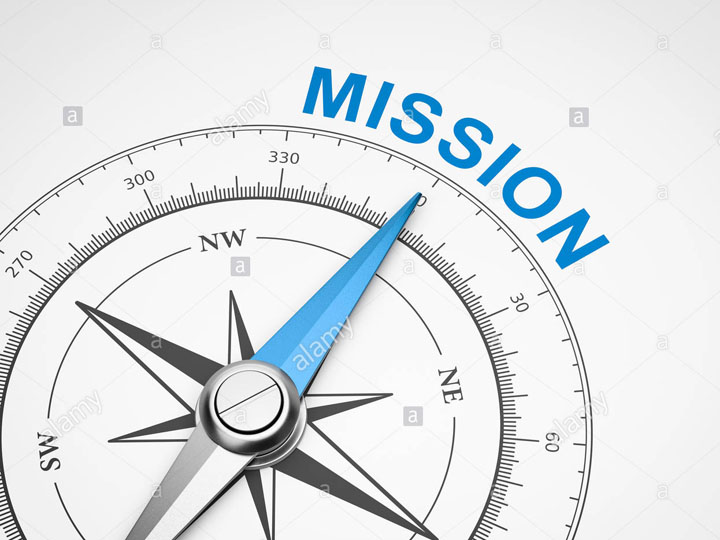 Our mission is to help people discover what they have in common with others in order to find solutions to the conflicts they face, which in turn enables them to be more successful and fulfilled in their individual lives and cultures. We also seek to network with organizations that have similar goals.
Read more 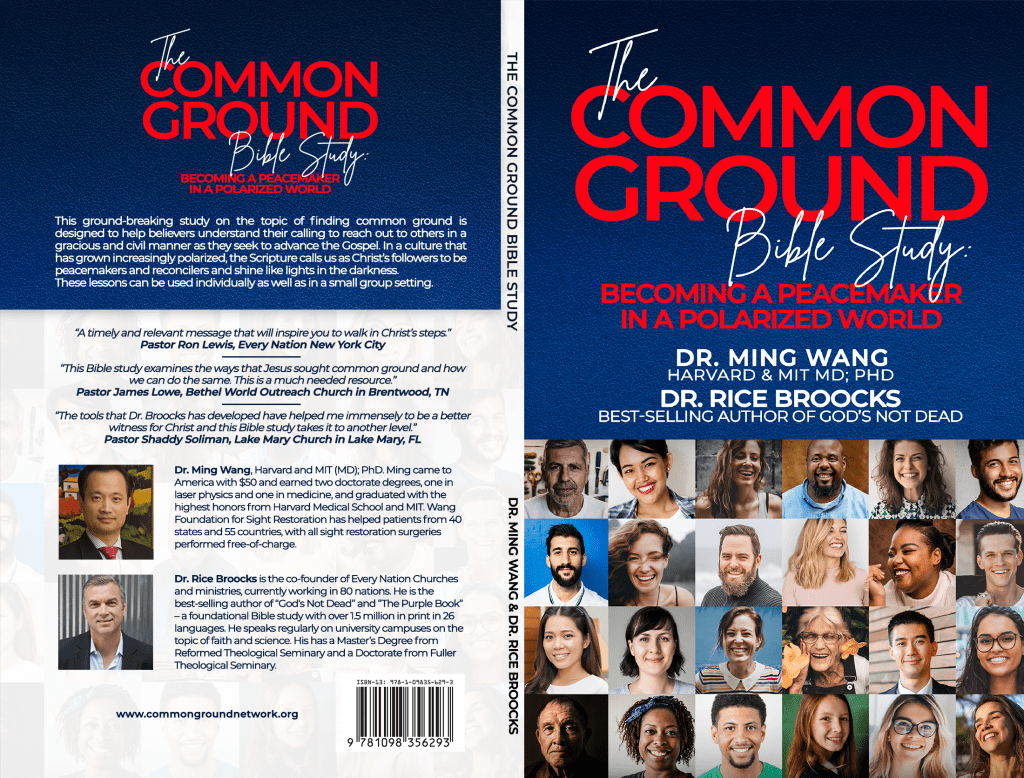 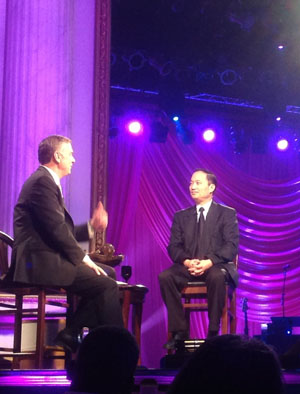 The Common Ground Network is 501c(3) non-profit organization co-founded by Dr. Wang, with a mission to teach individuals and organizations the Common Ground-Seeking System to enable them to be more successful in finding common ground and solutions.

On Saturday, March 7, 2020, as a storm was building at the start of the Covid-19 outbreak here in the U.S., two very different men -- Dr. Wang, an Asian-American scientist and doctor born in China and influenced by Eastern culture, and Dr. Rice Broocks, a Caucasian theologian and pastor born in the U.S. and influenced by Western culture--formed an unlikely alliance under an umbrella in the backyard of Dr. Wang’s home. They founded a 501c(3) non-profit organization called the Common Ground Network (CGN). Pastor Broocks has been a good friend of Dr. Wang’s for 23 years. He is a co-founder of Every Nation Worldwide Ministry, which has churches in over 80 countries, and the author of many influential books including God’s Not Dead, which has inspired one of the most successful Christian movies in history. In the movie, the Chinese student’s character was inspired by Dr. Wang’s life story. Seeing the polarization and gridlock in our society, as well as our nation’s inability to overcome our differences, find common ground and come together as a nation in the early part of the Covid-19 outbreak, Dr. Wang and Dr. Broocks decided to co-found CGN with the mission of helping people to find common ground and solutions to problems in their lives so they can be happier and more successful.

Dr. Wang wrote in an article published in the Tennessean, which is essentially a CGN manifesto:

In our society today, we are often incapable of overcoming our differences in order to find common ground. Our social climate is toxic. The merit of an issue is often not considered as important as power alliances—political, ideological, or otherwise. The ever-present media has us glued to our TV sets, watching 30-second dramatic images that short-circuit our imagination and independent judgment, and polarize us. Civil discourse and debates that are focused on the issues themselves--without insulting the opponent--have become rarities.

When I came to this great country many years ago as a poor student with only $50 in my pocket, what attracted me the most about America was the freedom conveyed in the saying: “I may not agree with what you say, but I will defend to my death your right to say it.” Unfortunately, since then we have departed from the principles of free speech and mutual respect, and have instead replaced them with intolerance and intimidation. We are becoming a society that is increasingly fixated on our differences, rather than appreciating what we have in common.

Now the wake-up calls have come! When a natural disaster strikes, such as the recent tornado, we find ourselves in need of the most prepared and experienced disaster-response teams. Similarly, when a crisis such as the coronavirus outbreak occurs, we realize that our ability to deal with it is critically dependent upon how prepared and experienced we already are to overcome our differences and come together as a nation.

The ability to find common ground in a polarized world is only achieved through years of learning and practice. We must first learn to listen, so that instead of trying to score rhetorical points through well-rehearsed sound bites, we may learn valuable information - even from our opponents - that may propel both sides toward breaking the gridlock which is the hallmark of our current national discourse. Solutions to difficult problems will come only through collaboration, not alienation, so that not only are we ready to deal with a crisis like this, but also to solve our society’s problems in general.

For the first time in a very long time, we have all come together. We have found a common ground, which is this: we as human beings are all vulnerable, and the only way to survive is to find a way to work together.

It is my hope that this viral crisis and the valuable lessons it has taught us will inspire all of us to make fundamental changes in improving our ability to overcome our differences and find common ground in our lives.

Common ground helps resolve gridlocks and find solution, so that the quality of our lives is improved.

Making a connection to know your opponent beyond the issues and develop love and trust.

Wisdom and best practices gleaned from other common ground seeking proponents that have been distilled to their universally applied principles.

To help people find common ground, resolve gridlocks and discover solutions so that the quality of their lives is improved, they are more successful, and they feel more fulfilled.

We research the methodologies of the champions to formulate a new Common Ground-Seeking System.

How We Do it

We teach people this system and help them apply it in order to discover what they have in common. 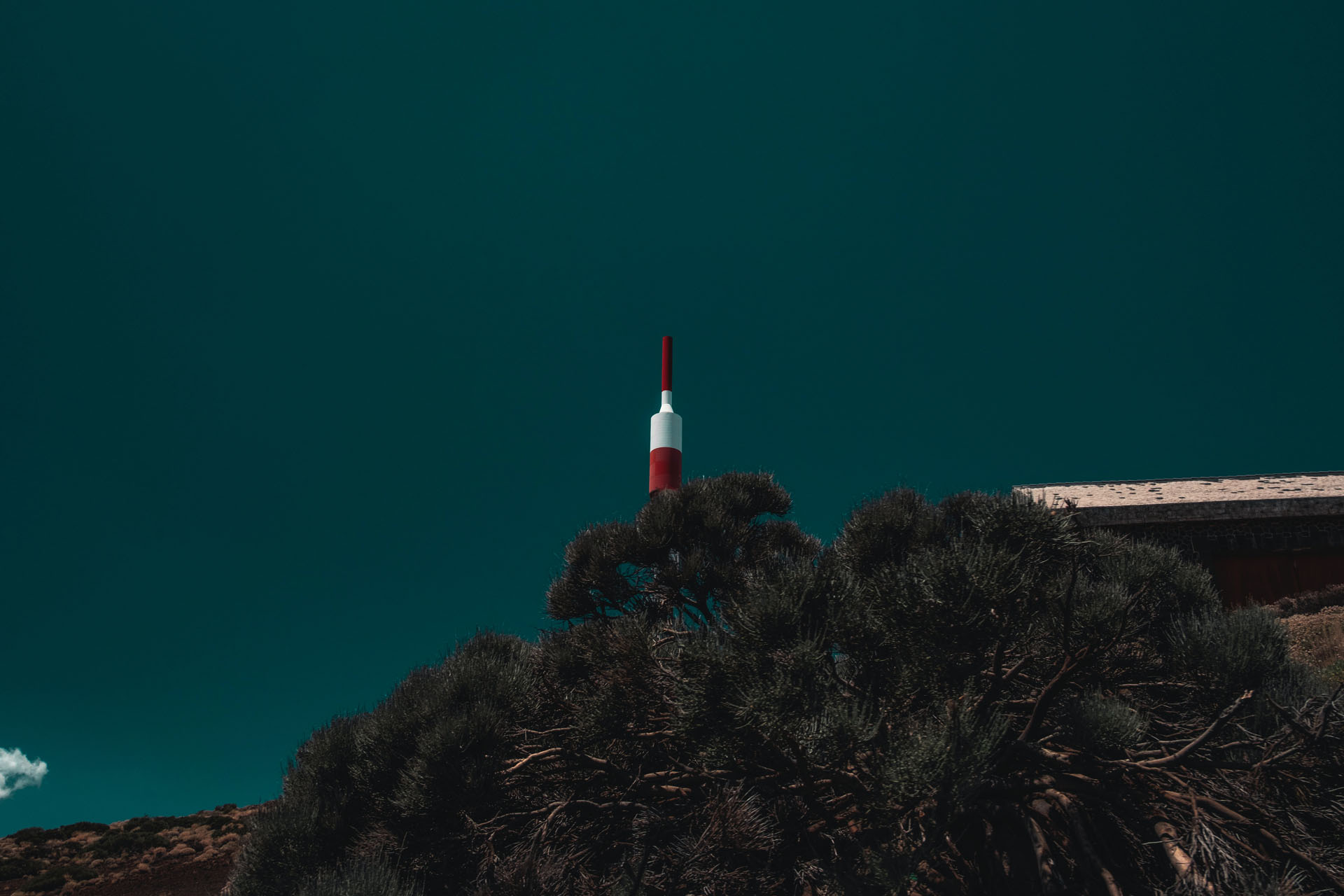 “When we are no longer able to change a situation, we are challenged to change ourselves.” 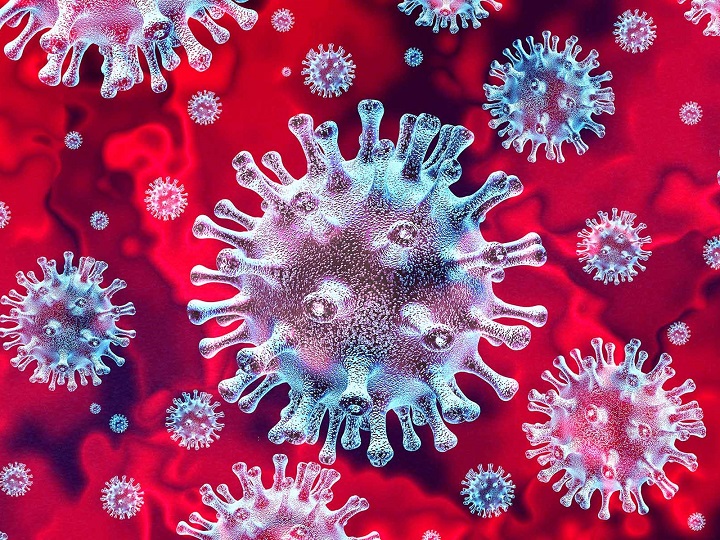 The coronavirus crisis reveals our need for common ground 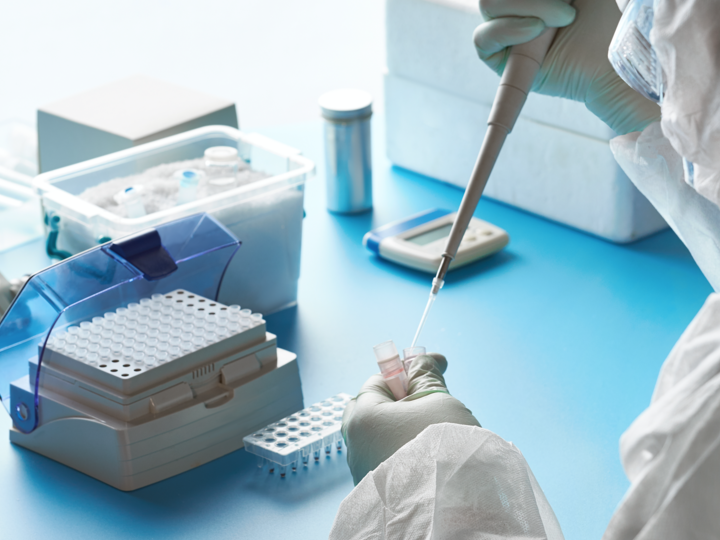 There is a way to safely reopen our nation, but we cannot let polarity get in the way