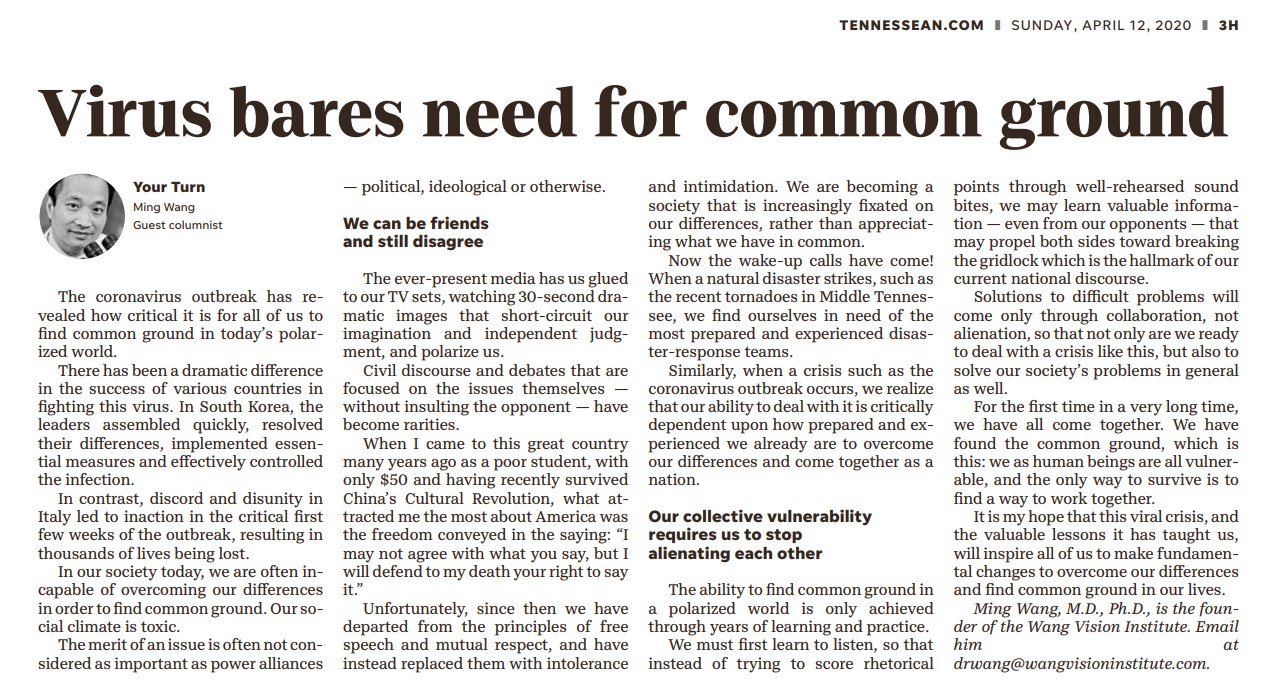 We have found unity during the COVID-19 pandemic: we as human beings are all vulnerable.

The coronavirus outbreak has revealed how critical it is for all of us to find common ground in today’s polarized world.

There has been a dramatic difference in the success of various countries in fighting this virus. In South Korea, the leaders assembled quickly, resolved their differences, implemented essential measures and effectively controlled the infection. 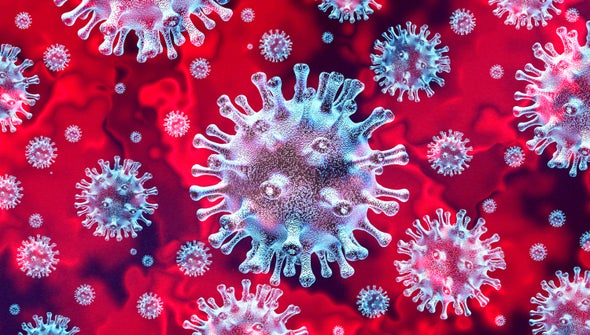 In contrast, discord and disunity in Italy led to inaction in the critical first few weeks of the outbreak, resulting in thousands of lives being lost.

In our society today, we are often incapable of overcoming our differences in order to find common ground. Our social climate is toxic.

The merit of an issue is often not considered as important as power alliances — political, ideological or otherwise.

We can be friends and still disagree

The ever-present media has us glued to our TV sets, watching 30-second dramatic images that short-circuit our imagination and independent judgment, and polarize us.

Civil discourse and debates that are focused on the issues themselves — without insulting the opponent — have become rarities.

When I came to this great country many years ago as a poor student with only $50, what attracted me the most about America was the freedom conveyed in the saying: “I may not agree with what you say, but I will defend to my death your right to say it.”

Unfortunately, since then we have departed from the principles of free speech and mutual respect, and have instead replaced them with intolerance and intimidation. We are becoming a society that is increasingly fixated on our differences, rather than appreciating what we have in common.

Now the wake-up calls have come! When a natural disaster strikes, such as the recent tornadoes in Middle Tennessee, we find ourselves in need of the most prepared and experienced disaster-response teams.

Similarly, when a crisis such as the coronavirus outbreak occurs, we realize that our ability to deal with it is critically dependent upon how prepared and experienced we already are to overcome our differences and come together as a nation.

Our collective vulnerability requires us to stop alienating each other

The ability to find common ground in a polarized world is only achieved through years of learning and practice.

We must first learn to listen, so that instead of trying to score rhetorical points through well-rehearsed sound bites, we may learn valuable information — even from our opponents — that may propel both sides toward breaking the gridlock which is the hallmark of our current national discourse.

Solutions to difficult problems will come only through collaboration, not alienation, so that not only are we ready to deal with a crisis like this, but also to solve our society’s problems in general as well.