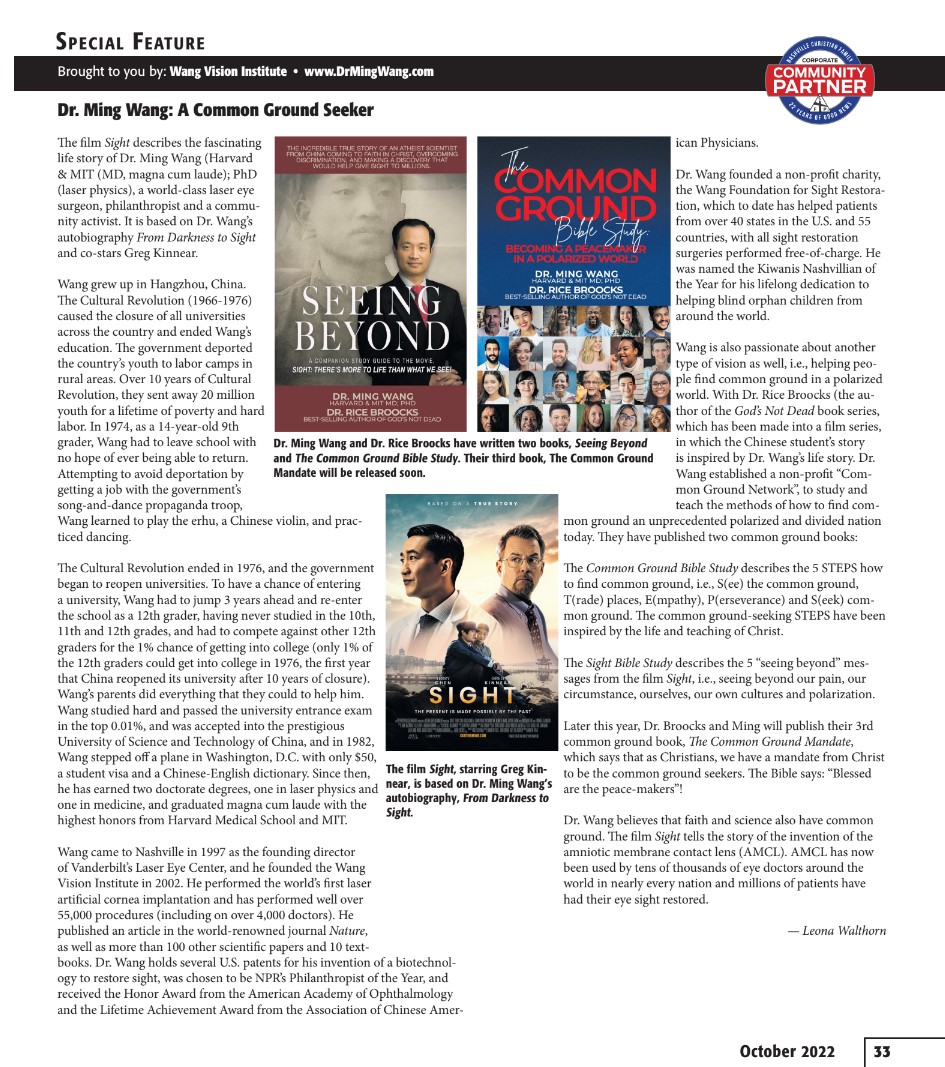 Wang grew up in Hangzhou, China. The Cultural Revolution (1966-1976) caused the closure of all universities across the country and ended Wang’s education. The government deported the country’s youth to labor camps in rural areas. Over 10 years of Cultural Revolution, they sent away 20 million youth for a lifetime of poverty and hard labor. In 1974, as a 14-year-old 9th grader, Wang had to leave school with no hope of ever being able to return. Attempting to avoid deportation by getting a job with the government’s song-and-dance propaganda troop, Wang learned to play the erhu–a Chinese violin–and practiced dancing.

The Cultural Revolution ended in 1976, and the government began to reopen universities. To have a chance of entering a university, Wang had to jump 3 years ahead and re-enter the school as a 12th grader, having never studied in the 10th, 11th and 12th grades, and had to compete against other 12th graders for the 1% chance of getting into college (only 1% of the 12th graders could get into college in 1976, the first year that China reopened its university after 10 years of closure). Wang’s parents did everything that they could to help him. Wang studied hard and passed the university entrance exam in the top 0.01%, and was accepted into the prestigious University of Science and Technology of China, and in 1982, Wang stepped off a plane in Washington, D.C. with only $50, a student visa and a Chinese-English dictionary. Since then, he has earned two doctorate degrees–one in laser physics and one in medicine–and graduated magna cum laude with the highest honors from Harvard Medical School and MIT.

Wang came to Nashville in 1997 as the founding director of Vanderbilt’s Laser Eye Center, and he founded the Wang Vision Institute in 2002. He performed the world’s first laser artificial cornea implantation and has performed well over 55,000 procedures (including on over 4,000 doctors). He published an article in the world-renowned journal “Nature,” as well as more than 100 other scientific papers and 10 textbooks. Dr. Wang holds several U.S. patents for his invention of a biotechnology to restore sight, was chosen to be NPR’s Philanthropist of the Year, and received the Honor Award from the American Academy of Ophthalmology and the Lifetime Achievement Award from the Association of Chinese American Physicians.

Dr. Wang founded a non-profit charity, the Wang Foundation for Sight Restoration, which to date has helped patients from over 40 states in the U.S. and 55 countries, with all sight restoration surgeries performed free-of-charge. He was named the Kiwanis Nashvillian of the Year for his lifelong dedication to helping blind orphan children from around the world.

Wang is also passionate about another type of vision as well, i.e., helping people find common ground in a polarized world.

With Dr. Rice Broocks (the author of “God’s not dead” books, which has been made into a film series, in which the Chinese student’s story is inspired by Dr. Wang’s life story), Dr. Wang established a non-profit “Common Ground Network”, to study and teach the methods of how to find common ground an unprecedented polarized and divided nation today. They have published two common ground books:

The “Sight Bible Study” describes the 5 “seeing beyond” messages from the film “Sight”, i.e., Seeing beyond our pain, our circumstance, ourselves, our own cultures and polarization.

Later this year, Dr. Broocks and Ming will publish their 3rd common ground book, “The Common Ground Mandate”, which says that as Christians, we have a mandate from Christ to be the common ground seekers. The Bible says: “Blessed are the peace-makers”!

Dr. Wang believes that faith and science also have common ground. The film Sight tells the story of the invention of the amniotic membrane contact lens (AMCL). AMCL has now been used by tens of thousands of eye doctors around the world in nearly every nation and millions of patients have had their eye sight restored.